In the Arab revolutions, echoes of a 100-year-old book

by yalibnan
748
A century before young men and women took to the streets of Tunisia, Egypt, Libya and other parts of the Arab world there was young Khalid, calling for a revolution of the spirit a fusing of Islam and liberalism.
Share: 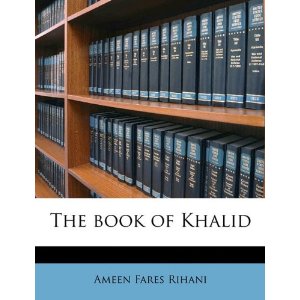 A century before young men and women took to the streets of Tunisia, Egypt, Libya and other parts of the Arab world, demanding a new way of life and a new kind of politics, there was young Khalid, calling for a revolution of the spirit, a fusing of Islam and liberalism.

He was the creation of Ameen Rihani, the author of “The Book of Khalid,” the first Arab American novel — and the first English-language novel by any Arab author. Rihani’s masterwork, published exactly 100 years ago, would inspire Kahlil Gibran’s “The Prophet,” published in 1923 and still one of the best-selling books of all time. (The two authors were friends; Gibran was the illustrator for Rihani’s book.) But “The Book of Khalid,” the uncannily timely story of a young Lebanese immigrant who returns from a life in New York to trigger revolutionary riots in Damascus, has been relegated, along with its author, to relative obscurity in the West.

That is our loss. In the breadth of his literary and political activities, Rihani was the most prominent and influential Arab American cultural figure of the early 20th century. Of Lebanese-Christian descent, he immigrated to the United States in 1888 at age 11, grew up in the Arab quarter known as Little Syria in Lower Manhattan — which eventually became the site of the World Trade Center — and gained American citizenship in 1901. Rihani mastered English and Arabic in his youth and wrote widely in both, publishing essays, poetry, magazine articles, travelogues and novels, many of which are still part of school curricula throughout the Arab world. 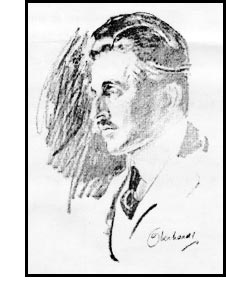 At the beginning of the 20th century, Rihani thought that the United States and the Arab world were on the cusp of becoming great powers that would determine the course of global politics. With his connections to the U.S. political establishment and the Arab intellectual sphere, Rihani imagined he could forge an audacious alliance that might engineer the unification of the Arab nation by defeating the Ottoman Empire and thwarting British and French imperialism. When his attempts to engage U.S. politicians failed, Rihani began a storied journey to meet several Arab monarchs, essentially representing the United States diplomatically on his own initiative and establishing himself, according to historian Irfan Shahid, as “the apostle of the Arab-American relationship.”

Yet it was in “The Book of Khalid,” written during a lengthy stay in Lebanon in the years before World War I, that Rihani melded his thinking on philosophy, spirituality and politics to explore the cultural distinctions between the United States and the Arab world.

In the novel, two teenagers, Khalid and Shakib, immigrate to the United States from Baalbek, Lebanon. All the iconic symbols of the American immigrant experience — passage by ship, Ellis Island, tenement life — are vividly depicted. Like many Arabs on the West Side of Lower Manhattan, and in parallel with neighboring Jews on the Lower East Side, Khalid and Shakib work as street peddlers. Khalid voraciously consumes American and Western literature, dives into bohemian New York, is seduced by its women, flirts with atheism and religious sects, and becomes a ward for the Lebanese population in the Tammany Hall machine.

After several years in New York, the two men return to Lebanon. Khalid, however, cannot integrate his American experiences with the religious rigidity and political oppression at home. After a solitary retreat at Mount Lebanon, the enthusiastic Khalid engages the entire Arab nation as a tongue-in-cheek prophet from “a cave in the wilderness of New York.” His modernist political program begins with “a revolution, a coup d’etat, so to speak, of the spirit.” Khalid wants to combine Eastern spiritual wisdom with Western science and education, creating a new global superman.

He also grapples with Islam, arguing that religious tolerance must be the foundation of an Arab renaissance. He believes that Wahhabism — a branch of Sunni Islam now considered in the West to be ultra-conservative and intolerant — evokes a purity and vigor best suited for political and religious reform, reminiscent of the American Protestant ideal. In risky remarks at the Great Mosque in Damascus, Khalid states that “only in Wahhabism pure and simple is the reformation of al-Islam possible.” In the great American tradition, Khalid emphasizes that faith and democracy need not clash; indeed, faith can help constitute democracy.

American politics without religion would be thin indeed, and this “exceptionalist” religious foundation of U.S. political identity could influence the Arab world today as it begins its experiment with liberal politics.

Late last month, at one of the many events celebrating the centennial of “The Book of Khalid” planned for this year in the United States, Europe and the Arab world, Librarian of Congress James Billington praised Rihani as “a human link of much broader importance” for Arab American relations.

That link — and the prophetic nature of Rihani’s novel — is all the more evident in the remarkable transformations underway in North Africa and the Middle East. The name Khalid means “eternal” or “immortal,” and in the novel Rihani suggests that the character, who at the end disappears into the desert under pursuit by the Ottomans, may return one day in an undefined mystical way, almost as Mahdi, the redeemer of Islam. In a recent interview, Layla al-Maleh, a Kuwaiti professor who initiated modern scholarship of the novel, declared: “The time has indeed come for Khalid. You can spot him on the streets in Tunis, or in Tahrir Square in Cairo. Have you not seen him join the crowds?”

Todd Fine is the director of Project Khalid, the centennial campaign for the first Arab American novel, organized by the nonprofit Ameen Rihani Institute.