An air bridge has been set up to allow Lebanese citizens to return to Beirut, according to the French foreign ministry, which is coordinating it. Around 70,000 people from Lebanon are thought to live in Ivory Coast. They will be repatriated via Accra, the capital of neighbouring Ghana. 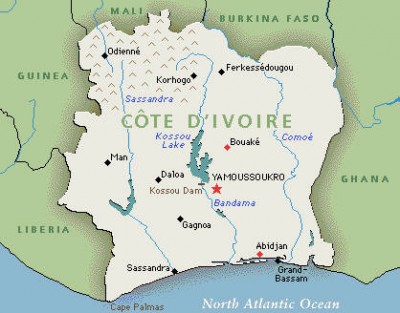 A fleet of medium-sized planes will fly Lebanese citizens from Abidjan airport, which is now controlled by French troops, to Ghana’s capital Accra, where they will be transferred to Lebanese airliners.

MEA, the Lebanese National Airlines has been shuttling between Beirut and Accra ever since the French occupied the Abidjan airport to evacuate Lebanese citizens .

Several hundred Lebanese have reportedly taken refuge in a French military base in Abidjan.

“We have been exerting efforts, together with Lebanon’s friends, to rescue our people in Ivory Coast from the consequences of the foolish political decisions taken without the State’s consent.”

The Lebanese expatriates in Côte d’Ivoire reportedly came under threat after Lebanon’s ambassador meddled in the internal affairs of the country by attending the swearing-in ceremony of Laurent Gbagbo, the controversial strongman who has refused to step down despite rival Alassane Ouattara being internationally recognized as having won the country’s elections.