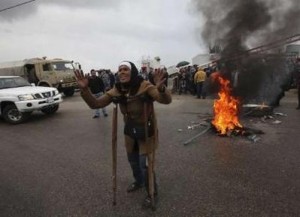 The meeting comes after two prisoners reportedly died when security forces stormed the Roumieh prison to halt a riot by the inmates and secure the release of several guards.

Security officials said Wednesday. that one of the inmates died when a sonic bomb he grabbed from a policeman detonated in his hand. They said the other inmate died of a heart attack during the raid late Tuesday.

The assault freed three or four guards who had been taken hostage by the prisoners; at least six inmates were injured.

The rioting started on Saturday by prisoners demanding improved conditions. They later set a fire inside one of the buildings.

The riot was over on Wednesday and security forces and the army’s special forces are now in control of the prison.

Roumieh was originally built to accommodate 1,500 prisoners but its population has swelled to as many as 4,000, making conditions intolerable, authorities say.

Of the 3,700 prisoners currently held there, a mere 721 have been tried and convicted. The remainder have been awaiting trial, some for months or even years.

The Lebanese Internal Security Forces ISF   raised its alert level to 90 percent and has reinforced its troops in prisons throughout Lebanon, following the riots at Roumieh 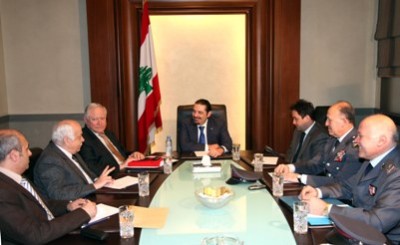 “Are there those who want to show that Interior Minister Ziad Baroud is incapable?” March 14 MP Mohammad Hajjar asked on Wednesday

“Are there those who want to show that security in the country is not good?”

His statement is a possible reference to the dispute over the ministry of interior between Free Patriotic Movement Michel Aoun and President Michel Suleiman.

The formation of Prime Minister-designate Najib Mikati’s cabinet is reportedly being delayed due this dispute .

The families of some inmates who are staging a protest outside Roumieh prison clashed with security forces when they pelted them with stones and threw empty glass bottles at them.

They came from the parliament building where they were protesting in support of the inmates’ demands .

They reportedly also blocked the main road and shouted slogans asking for rights for the prisoners.

They also blocked the main road and shouted slogans calling for an amnesty and improvement of prison conditions.

Photo: A relative of an inmate in Roumieh prison, reacts in front of burning tires blocking the road, during a protest held by the family members of inmates near the prison, east of Beirut, April 5, 2011.