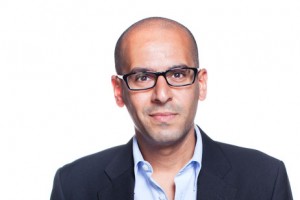 The Special Tribunal for Lebanon (STL) has appointed Marten Youssef an Egyptian-Canadian as its spokesperson, STL’s websiten announced on Tuesday.

Marten who was born and raised in Egypt, is a Canadian citizen. He has worked as a journalist in the Middle East and Africa, as well as in Canada. During his three years in Abu Dhabi, Marten was the senior courts and justice reporter for The National newspaper. Most recently he has worked for The Globe and Mail and The Canadian Press. Marten studied political science at university, followed by graduate studies in journalism. The website said

“As the tribunal’s spokesperson, Youssef will be the point of contact for all members of the Lebanese and Arab press. He will speak on behalf of Chambers, the Defense Office and the Registry,” the website added.

The website asked the media to contact the Chief of Public Affairs, Crispin Thorold for any questions related to this matter

STL was created by a 2007 UN Security Council resolution to find and try the killers of former Lebanese PM Rafik Hariri, who was assassinated in a massive car bombing on the Beirut seafront on February 14, 2005 that also killed 22 other people.

The Special Tribunal for Lebanon is reportedly poised to indict Hezbollah members in the Hariri murder.

The Iranian and Syrian backed Hezbollah brought down PM Saad Hariri’s government on January 12 over the Special Tribunal for Lebanon’s ( STL) imminent indictment .