When Syrian activist Suhair al-Atassi raised a poster of a political prisoner in Damascus last month secret police dragged her away by the hair and a court charged her with “sowing division” among the nation. 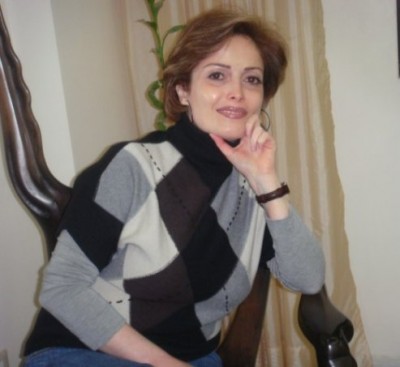 “It was surreal. I was dragged for what felt like the length of two streets. The apparatchiks looked at me as if I was not their compatriot. They kept shouting that I was an Israeli spy,” Atassi said in an interview from the Syrian capital.

Mass protests against President Bashar al-Assad have swept Syria in recent weeks, taking their cue from popular revolts in Tunisia and Egypt.

Assad has responded to the protests with a mixture of force and promises of reform including studying ways to lift emergency law, which has been used to justify arbitrary arrests and given unchecked power to the security apparatus.

“As I stood bruised in front of the judge at the Palace of Justice, I thought that the only progress the Syrian regime was making was in making up absurd charges,” said Atassi, scion of a Damascene family that has a history of defying the ruling Baath Party.

Secret police arrested Atassi in Marjeh Square at a silent protest on March 16 for the release of political prisoners including lawyer Anwar al-Bunni and writer Ali Abdallah, and 15 children arrested in the city of Deraa for writing slogans on walls inspired by the Egyptian and Tunisian revolutions.

The protest, dispersed by police as soon as it began, resulted in the arrest of more than 40 activists and relatives of prisoners, including Atassi and 9 other women.

The 45-year president has freed most of the Marjeh Square protesters and around 250 Islamists and Kurds in jail for years on political charges, while continuing to arrest activists and civil leaders, a policy Atassi said indicated a lack of seriousness about reform.

“We demonstrated to free political prisoners. Syria’s national figures are still in jail.”

“The way the authorities are behaving indicates that they are not getting the message of non-violence,” she said, citing pro-Assad rallies organised by the government last week.

The slogans included: “Bashar al-Assad, father of freedom, your holy name is etched on the pistol.. Bashar do not worry, your people are blood drinkers”.

Atassi said she was sent to a women’s jail near Damascus. A day before she was released on Sunday, secret police moved her to a security branch where she was held incommunicado to exert psychological pressure on the 39-year old mother of one.

“What sort of system allows secret police to do this? Where is the independence of the judiciary? Where is the rule of law? The security apparatus is the one that should be charged with dividing the nation, not ordinary Syrians demanding freedom,” she said.

Two days after her arrest protests against Assad’s 11 years of autocratic rule erupted in the southern city of Deraa, followed by protests in Damascus, the coast and areas in between during which more than 60 people were killed.

In a speech to parliament last week Assad said that many people had demonstrated “with good intentions”, but blamed outside powers for trying to stir up sedition.

During interrogation, Atassi was repeatedly asked about statements she had made to the media challenging assertions by Assad loyalists that Assad was the “master of Syria”, she said.

“No one has the right to be a master of a nation,” said Atassi, who started a political forum shortly after Assad succeeded his late father in 2000, during the period known as the Damascus Spring, which Assad crushed.