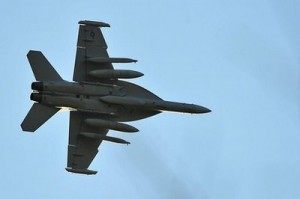 An American-led military campaign to destroy Col. Muammar el-Qaddafi’s air defenses and establish a no-fly zone over Libya has nearly accomplished its initial objectives, and the United States is moving swiftly to hand command to allies in Europe, American officials said Monday.

But the firepower of more than 130 Tomahawk cruise missiles and attacks by allied warplanes have not yet succeeded in accomplishing the more ambitious demands by the United States — repeated by President Obama in a letter to Congress on Monday — that Colonel Qaddafi withdraw his forces from embattled cities and cease all attacks against civilians.

Libyan government forces continued to engage in scattered fighting on Monday, defying the United Nations resolutions authorizing the allied strikes. The resolution demands an immediate cease-fire by Colonel Qaddafi’s forces and an end to attacks on civilians. Read more…