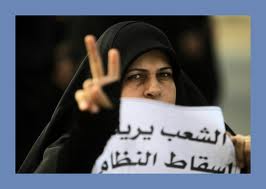 Fighting between Sunni and majority Shi’ite Muslims in central Bahrain injured several people overnight in the first sectarian violence since protests erupted in the Sunni-ruled kingdom two weeks ago.

But calm quickly returned on Friday after several hours of clashes, triggered late on Thursday by a family dispute or a car accident, or both, according to differing residents’ accounts.

“There were about a hundred people involved,” one resident of Hamad Town said as police helicopters circled overhead and ambulances rushed from the scene.

Bahrain, a Gulf island kingdom that is a U.S. ally, has been gripped by unrest since protesters, mainly from the disgruntled Shi’ite Muslim majority, took to the streets demanding democratic reforms.

Seven people died after the police and army used force to try to disperse the protests when they erupted two weeks ago, but violence stopped when the government ordered security forces off the streets under international pressure.

The government has also promised to start talks.

Hamad Town residents said a group of Shi’ites fought with a group of Sunnis and Bahrainis of Syrian extraction. Only half of Bahrain’s population of 1.2 million are native Bahrainis.

Fighting died down when police arrived and fired tear gas to disperse crowds, the residents said. Later, there was a stand-off between riot police and groups of Shi’ites who rushed to the area from other parts of Bahrain.

Ibrahim Mattar of the main Shi’ite opposition group Wefaq said about six people had been injured.

Popular revolts sweeping across the Arab world over the past two months have toppled the leaders of Tunisia and Egypt, inspiring protests in some Gulf countries and an outright rebellion in Libya.

The Interior Ministry said it had taken police about two hours to get the situation in Hamad under control, with the help of local politicians and high-ranking government officials.

“The cause of the quarrel was simple and occurred among a small group, but the speed of the information flow and the interaction of people forced us to intervene,” Interior Minister Sheikh Rashed bin Abdullah al-Khalifa said in a statement.

Pro-government media said clashes erupted after a traffic accident. Both parties then called relatives to the scene.

“I heard many different versions,” Mattar said. “I think there could have been a dispute between families in that area about something unrelated, not sectarian.”

Later on Friday, two anti-government protests went ahead without incident, continuing a pattern seen since the government started to allow demonstrations.

Thousands of members of the youth movement that has been at the heart of mass anti-government protests marched past a compound that houses state-owned Bahrain TV and the information authority to protest against what they see as biased coverage by state media.

Separately, tens of thousands demonstrated along Manama’s main highway crossing Pearl Square, focal point of the protests. The protest was called by established opposition groups including Wefaq that are more moderate than the youth movement.

“We don’t want this fighting. Sunnis and Shi’ites in Bahrain are brothers, but the people from Yemen, Pakistan and Jordan are creating problems,” said a protester who gave his name as Said, referring to naturalized Sunni immigrants.

Bahrain’s opposition has long demanded an end to the practice of granting citizenship to Sunni foreigners serving in the security apparatus, which it sees as an attempt to change Bahrain’s demographic composition.

The government denies there are such plans and says all naturalization is done in full transparency and in accordance with immigration laws.

Bahrain’s king said in December that the kingdom would limit the number of foreigners granted citizenship, in what observers said was the first official acknowledgement of the practice.