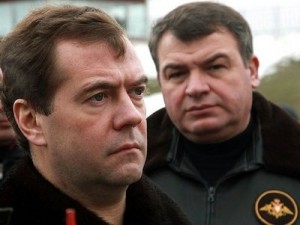 Russia has signaled its intent to press ahead with the sale of 72 cruise missiles to Syria, believed to be worth at least $300 million.

Russian Defense Minister Anatoly Serdyukov announced to journalists that, “the contract is in progress.” The minister added his country was also bent on carrying through on promises to deliver several Bastion anti-ship missile systems to Syria.

Capable of carrying a payload of 273 pounds and traveling 184 miles, the supersonic cruise missiles are considered very accurate. They are designed to travel just yards above the surface of the water, making it difficult to either intercept or identify by radar.

The move has rekindled strong reactions from Israel, which has tried to block the sale because of fears the weapons could end up in the hands of Hezbollah.

Details of the deal were first made public in September.

Over the weekend, Israeli Defense Minister Ehud Barak said in a statement that the likely recipient of the cruise missile would be the Iranian-backed militant Hezbollah group.

Washington also said the deal could destabilize the region.

Israel has long argued that Damascus aids and abets Hezbollah, a group on several countries’ lists of terror organizations. Israel fought a 34-day war with Hezbollah in 2006 and is concerned of a strike mounted against its soil on behalf of Iran, its main nemesis.

In June 2007, a flurry of Russian media reported that Russia had begun delivery of five MiG aircraft to Syria under a deal negotiated in a year prior. The jets were purportedly sold to Syria for $1 billion, an amount allegedly financed by Iran. Russia has denied the allegation.

The latest sale of controversial missile is said to be worth $300 million, covering the delivery of 72 missiles.

Russia is the world’s second-largest arms exporter behind the United States and its sales are crucial to the country’s efforts to keep alive a creaking defence industry whose reforms have dragged on for years. A source in the Russian arms exports industry said this week that the fall of the region’s regimes may see the country lose about $10 billion dollars in contracts.

“There is a chance we might lose something,” the defence minister said on a visit on visit to Russia’s Pacific port city of Vladivostok.

“But I hope that the main weapons and military equipment agreements will be fulfilled,” Serdyukov said.