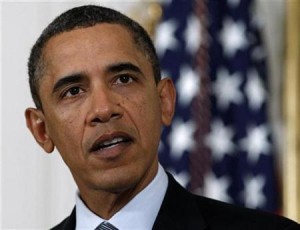 US President Barack Obama on Monday warned Iran against using violence to quell protesters that have been emboldened by Egypt’s example and said autocratic governments should ‘get out ahead of change’ throughout the Middle East.

‘What has been true in Egypt should be true in Iran,’ Obama said in a press conference with reporters. ‘What’s been different is the Iranian government’s response, which is to shoot people and beat people and arrest people.’ 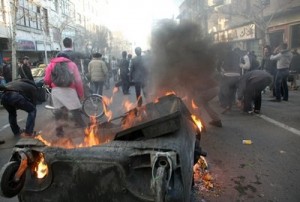 Obama did not name other countries in the Middle East or call for any leaders to give up power. But he said the message of avoiding violence and allowing free speech applied throughout the region, where protests have sprouted up in Yemen, Bahrain and elsewhere after Egyptian leader Hosny Mubarak’s resignation last week.

‘We have sent a strong message to our allies in the region to say, let’s look at Egypt’s example as opposed to Iran’s example,’ Obama said.

‘The message that we’ve sent even before the demonstrations in Egypt has been to friend and foe alike that the world is changing,’ Obama said. ‘If you are governing these countries, you’ve got to get out ahead of change.’