Mneimneh: We no longer trust the other sides 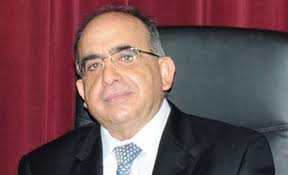 Caretaker Education Minister Hassan Mneimneh , who represents March 14 in the outgoing cabinet told Akhbar al-Yawm that participation in Cabinet is based on several conditions, the first of which is granting the March 14 camp a blocking minority because we no longer trust the other sides, in reference to Hezbollah and its March 8 allies.

“We will not be part of the cabinet unless there are clear and solid guarantees ,” he added.

“Geagea will also hear answers personally from Mikati about the Special Tribunal for Lebanon (STL) and other debated issues,” the source said.

Also in a related development Former Lebanese president and current Phalange Party leader Amin Gemayel said on Monday that his party “decided to give Prime Minister-designate Najib Mikati’s calls a chance, However, he added that such a move would be “launched from the principles we asked for pertaining to the Special Tribunal for Lebanon and non-state weapons.” In reference to Hezbollah and Palestinian arms outside the camps

Following his meeting with Mikati, Gemayel said his party is in constant contact with its allies in the March 14 coalition in order to take the right decision on whether or not they will take part in the upcoming government.

The Iranian- and Syria-backed Hezbollah brought down PM Saad Hariri’s government on January 12 over the Special Tribunal for Lebanon’s ( STL) indictment which is widely expected to implicate Hezbollah members in the assassination of former PM Rafik Hariri in 2005 .

Mikati, backed by Hezbollah and its March 8 allies including MP Walid Jumblatt , was appointed last Tuesday by president Michel Suleiman as PM-designate to form and head the next cabinet , giving Hezbollah and its allies increased leverage in the country and provoking widespread protests.