by yalibnan
2314
Will the next government that emerges from the tumult in Egypt be Islamic or Islamist? There's a critical difference, say experts
Share: 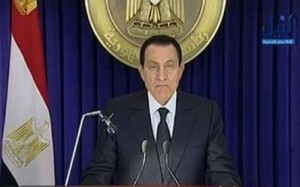 Will the next government that emerges from the tumult in Egypt be Islamic or Islamist? There’s a critical difference, say experts, who caution against knee-jerk fears that Mubarak might be replaced by Islamists — Muslim political extremists.

Inevitably, the government — Hosni Mubarak or anyone else — will be Muslim, as it is now, because Egypt is one of the largest Muslim-majority nations in the world.

The Pew Forum on Religion & Public Life’s just-released study, The Future of the Global Muslim Population, finds Egypt, home to roughly one-in-four Muslims in the region with 80 million Muslims today, is projected to have 105 million in 2030.

The political Islamism that ended up triumphing in Iran was a much more authoritarian interpretation of Islam… Most Islamists learned from this brutal experience and grew from it; Egypt’s most powerful Muslim group, the Muslim Brotherhood, was one such group. It’s probably safe to say that Iran was the only victory for this style of Islamism, and now, some 30-plus years later, its moment has largely passed. The geopolitical, economic and social reasons for its emergence have disappeared.

Moghul points out in greater detail how Islam in Iran was a monolithic Shiite form led by a politically powerful clergy while Egypt has multiple branches of Islam including the “quietist Salafism, which seeks a rigorous but non-political personal morality, and the Muslim Brotherhood,” (founded in 1928 and the Arab world’s first political Islamic movement.)

The Brotherhood, suppressed for decades in Egypt, is still “incredibly large and powerful” but they’ve steered clear so far of street protests. Currently, Moghul says, the Brotherhood …

… does not pursue an explicitly political agenda. Rather, it believes that an ideal politics will be achieved once society is Islamized — in other words, enough introduction of Muslim values into popular culture, and society will simply reform itself — and that includes the state. So while they have political ideals, they certainly don’t have an explicit political program.

Egypt’s revolution doesn’t have to be Islamic because Islam isn’t at the heart of the problem on the ground. In fact, the non-political Egyptian Islam of the last few decades has succeeded in deeply Islamizing Egyptian culture, making Muslim piety interwoven with the everyday rhythms of Egyptian life…. Egypt’s society is a deeply Muslim one, and the very success of this non-political religious project has negated the need for a confrontational Islam.

Earlier this week, The New York Times called the Muslim Brotherhood a “wildcard” in the demonstrations in Alexandria, Egypt’s second largest city, but…

Islam is hardly homogeneous, and many religious leaders here said Thursday that they would not support the protests, for reasons including scriptural prohibitions on defying rulers and a belief that democratic change would not benefit them.

“We Salafists are not going to participate in any of the demonstrations tomorrow,” said Sheik Yasir Burhami, a leading figure among the fundamentalist Salafists in Alexandria.

…Sheik Gaber Kassem, leader of the mystic Sufi community here, said the Sufis were discouraging their followers from taking part in the demonstrations, which the government has deemed illegal

At their peak, in 2005, the Brotherhood held 20% of the representation in parliament, now they’re down to a handful in elections that their leader, Mohamed El Biltagy, called rampant with fraud.

According to the Monitor:

The Brotherhood, which for decades focused on building networks of social services and religious instruction, made political participation a focal point of its strategy in 2005, and startled many by winning 20 percent of the seats in Parliament.

For this election, the first parliamentary election since a 2007 constitutional amendment rescinded judicial supervision of elections, the regime made it clear ahead of time that the Brotherhood would not be free to make similar gains. More than 1,000 of its members were arrested in the months and weeks before the vote, and the government also cracked down on independent media.

The Monitor also covered the Brotherhood’s own inner turmoil in a December 2009 story.

… The goal of the group, which has never been allowed to form a political party, is to make Islam “the sole reference point for ordering the life of the Muslim family, individual, community … and state.”

But within the Brotherhood there are sharp differences over how to oppose President Hosni Mubarak’s autocratic regime, what rights should be accorded to women, and how strictly Islam should be interpreted.

Many of these differences play out along a generational fault line between younger reformists, who seek a more active political role for the banned organization, and older conservatives whose influence is rising.