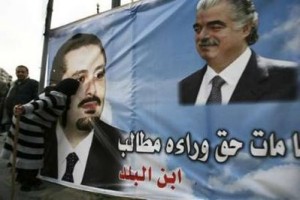 Former Prime Minister Najib Mikati said in response to the protests taking place in Tripoli in support of PM Saad Hariri that “the people of the North should be wise and patient.”

Large crowds of people gathered in North Lebanon on Monday to support Hariri and protest Mikati’s decision to run for the premiership.

Mikati, who is the March 8-backed candidate for Lebanon’s premiership, said in a statement that people should “not be dragged into acts that might harm stability.”

“Tripoli is our city… and it strongly needs its people to be united at this phase.”

Mikati, who is backed by the Iranian and Syrian backed Hezbollah and its allies, moved into position on Monday to lead a new government after winning support from MP Walid Jumblatt and six of his MPs .

Jumblatt, a former ally of March 14 who holds 11 seats in the parliament, said last Friday that he his party MPs within his bloc will side with Hezbollah.

Top photo: A Lebanese Sunni Muslim woman and supporter of Lebanon’s caretaker Prime Minister Saad al-Hariri kisses a poster of him (L) and his father, assassinated former Prime Minister Rafik al-Hariri, during a protest in Tripoli, northern Lebanon, calling for Hariri to remain as prime minister and form the new government, January 24, 2011.