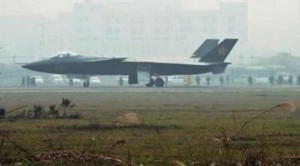 BEIJING – China’s military tested a stealth fighter jet Tuesday, hours before U.S. Defense Secretary Robert Gates met with Chinese President Hu Jintao – a blunt demonstration of the military’s willingness to challenge both the United States and its own president.

Conducting such a test while the top U.S. defense official is visiting is unprecedented for China. The test of the J-20 aircraft prototype at an airfield in western China underscores the opposition China’s military has to Gates’s trip and its increasing efforts to set the tone of China’s foreign policy, even at the risk of making Hu appear out of the loop.

According to a senior U.S. defense official present at their meeting, it was obvious when Gates asked Hu about the 15-minute test flight that neither China’s president nor the other Chinese civilians at the meeting had any knowledge of the event. But Gates played down the incident. 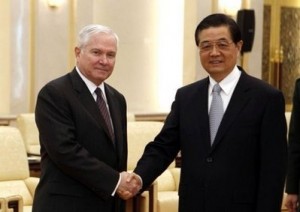 Gates is on a mission to improve ties with the People’s Liberation Army, which suspended high-level contacts last January following a large U.S. arms sale to Taiwan. He has not been to China since 2007 and a previous attempt to come here – last June – was rebuffed by the PLA.

Western military officials have said China’s military was not happy about resuming high-level talks with the Pentagon and had been forced into welcoming Gates to Beijing because Hu is traveling to Washington next week for his second – and probably last – summit with President Obama.

Obama has said he wants to see better ties between the Pentagon and China’s military in order to avoid the miscalculation and misunderstandings that can lead to war. U.S. officials have also said they want to engage in a wide-ranging security dialogue with both civilian and military officials in China about the tremulous security situation in East Asia – especially on the Korean peninsula.

Gates on Tuesday further clarified that under his proposal, a new dialogue would bring together both PLA officers and Chinese civilian officials and their American counterparts.

The PLA is known to be uncomfortable with the idea of sharing the stage with officials from China’s foreign policy apparatus. In public statements during the Gates visit, PLA officers have been lukewarm to the U.S. proposals about dialogue.

On Monday, Defense Minister Liang Guanglie would only say that the PLA was “studying” the Gates idea, adding that the United States and China already have several security-related exchanges.

Despite the flight test, and Liang’s tepid reaction to his request, Gates said he was satisfied with the China visit

Liang on Tuesday announced that a senior Chinese officer, Cheng Bingde, the chief of the PLA’s general staff, will travel to Washington in the first half of this year. Liang also said the PLA would discuss cooperation and joint exercises with the U.S. military on counter-terrorism, counter-piracy and humanitarian and disaster relief.

“This is not an area where will you will see dramatic breakthroughs and new headlines,” Gates said, “but rather evolutionary growth.”

Gates will leave China Wednesday and spend two days in Japan, followed by a visit to South Korea.

China’s stealth prototype, the J-20, flew for about 15 minutes over an airfield in the southwestern city of Chengdu Tuesday, Kanwa Asian Defense magazine editor Andrei Chang said in a telephone interview from Hong Kong. The aircraft was spotted carrying out runway tests at the airfield last week.

On Sunday, Gates said U.S. intelligence had underestimated China’s ability to develop stealth technology. At the same time, he raised doubts about the new aircraft, saying he was unsure exactly how “stealthy” it was.

Chang said Hu’s ignorance of the test was part of a foreign policy “soap opera” occurring within China in the run-up to a major leadership change scheduled for 2012. Hu is slated to step down and China’s vice president, Xi Jinping, who met with Gates on Monday, is expected to succeed him..

Hu, who became general secretary of the Communist Party of China in 2002, has never had full control over China’s military , Chang said, even though he took over China’s top military post in 2004.

Asked whether he considered the test Tuesday to be a sign of a split between China’s civilian leadership and its military, Gates said: “I’ve had concerns about this over time.”

The PLA has flatfooted China’s civilians before, but has never so publicly snubbed the president and general secretary of the ruling Communist Party.

On Jan. 11, 2006, the PLA shot down a Chinese satellite with a missile during its first anti-satellite weapons test. When asked about it, China’s foreign ministry spokesman said it was just a rumor. Top Chinese diplomats overseas had no idea it had occurred.

Later, however, the Pentagon confirmed the test, and China’s foreign ministry ultimately acknowledged that it had occurred.