Cabinet meeting ended without a vote on false witnesses 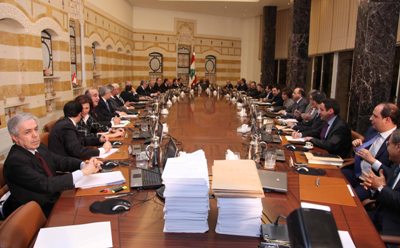 The Lebanese cabinet started its meeting on Wednesday around 6 : pm local time at the Presidential Palace in Baabda.

According to initial reports all the ministers are attending the session

Earlier reports indicated that the “false witnesses file” will be the first item on the session’s agenda.

This is the first meeting since the November 10 session, during which the discussion of the controversial false witnesses issue was postponed to avoid a divisive vote.

The meeting lasted for 2 hours. The meeting was adjourned by the president when the March 8 ministers called for a vote on the false witnesses issue