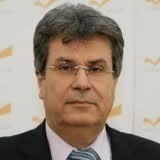 In his weekly column Al-Anbaa newspaper published Tuesday, Progressive Socialist Party leader MP Walid Jumblatt said the Lebanese “were not in need of WikiLeaks to discover that there are different points of view regarding collaboration…One defends a certain spy…and another person is screaming to defend another spy .”

This was in reference FPM’s leader MP Michel Aoun who said in November that retired Brigadier General Fayez Karam, who was arrested in August on suspicion of collaborating with Israel, is not guilty.

Karam, a senior Free Patriotic Movement official, when he was arrested by the Internal Security Forces (ISF) – Information Branch in August was charged with espionage and providing Israel with information on Hezbollah, Aoun’s closest ally.

Hezbollah knew that Karam, was collaborating with Israel from the moment he was arrested last September, an Arab diplomat told Al-Balad newspaper in an interview published last October 22.