Analysis: Wikileaks and the Arabs

by yalibnan
592
One of the highlights of the most recent Wikileaks release has been the focus on Arab attitudes toward Iran
Share: 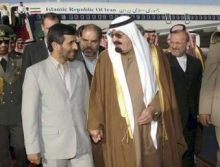 One of the highlights of the most recent Wikileaks release has been the focus on Arab attitudes toward Iran. The headlines suggest Arab unanimity in support of a U.S. or Israeli military attack on the Islamic Republic, as long as Arab governments are allowed to keep their heads low to the ground. There was much evidence, and many colorful quotations, to make the case, especially from Saudi, Bahraini, and United Arab Emirates’ leaders. And although some of the quotations were jaw-dropping, in truth it was all a bunch of stuff we’ve heard before. But analysis by the media that followed, and the sweeping conclusion that “Arabs support attacking Iran,” is misplaced and ignores significant differences among Arab governments about how to deal with Iran—and especially missed the boat on true attitudes of the Arab public.

suspicious of Iran and worry about rising Iranian power and influence, the degree of concern varies, and the sources of concern vary even more. . . . Most Arab governments would like Iranian power trimmed, with some supporting a potential attack on its nuclear facilities by either Israel or the United States. But Arab governments’ calculations cover a broad spectrum. 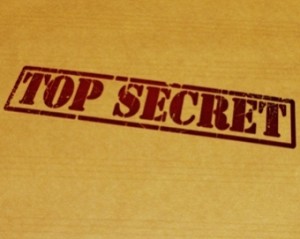 In fact, while Wikileaks showed the extent to which Arabs leaders almost universally worry about rising Iranian influence, their attitudes toward military action were far from unanimous­—even in the Gulf region. Leaders in Oman counseled against a war with the Islamic Republic, and the same goes for any number of Saudi officials. While Qatar expressed suspicion of Tehran’s intentions, Israel’s Mossad chief, Meir Dagan, reportedly worried about Qatar’s cozying up with Iran; so much so that he recommended that the US close the American base there, which he saw as Qatar’s security insurance policy. And, at least in the foreseeable future, Syria is an ally of Iran. In many Arab countries, there was significant concern about the repercussions of an attack on Iran. This was the case for Kuwait and Jordan. And while there was much focus on a cable from Jordan describing Jordanian wariness about U.S. engagement with Iran and comparing Tehran to an “Octopus,” what was missed is that the same cable also noted that “they believe they can be severed if Iran is deprived of hot-button issues that make it a hero to many on the Arab street, such as its championing of the Palestinian cause.” Indeed, Most of Jordan’s—and of Egypt’s—expressed concerns focused on Iranian influence and meddling in Arab affairs, particularly in their neighborhoods, rather than being distinctly related to a U.S. or Israeli attack.

But the biggest gap in the recent coverage of the story has been understanding Arab public opinion toward Iran and how this affects government calculations. In fact, Iran has the ability to play the Arab-public-opinion card and reach out to groups that threaten the control of Arab governments. And there is evidence that they have succeeded in doing just that, even beyond the rising power of their allies, particularly Hezbollah in Lebanon. In large part, Tehran benefits from Arab public anger toward Israel and the United States, and from the perceived paralysis of their own leaders: consistently, in the past several years, all the polls I’ve conducted at the University of Maryland with cooperation from Zogby International show that in Egypt, Saudi Arabia, the United Arab Emirates, Jordan, Morocco and Lebanon, the Arab public expressed views about Iran that highlighted just how different the public feels when compared to the elites. Last August, I released the 2010 Arab public opinion poll results, which indicated that Arabs polled were more open to Iran’s nuclear program, including the possibility of nuclear-weapons production, than ever before. In an open question about the world leader Arabs admired most, Ahmadinejad was chosen by 12 percent of those questioned—landing him in third place, behind only Turkish leader Recep Erdoğan and Venezuelan demagogue Hugo Chavez. My own analysis of the results suggested that Iran is benefiting from the sentiment that “the enemy of my enemy is my friend.” This was particularly visible when those polled were asked to identify the two states that posed the biggest threat to them: 88 percent identified Israel, 77 percent identified the United States and 10 percent identified Iran. While the results on this latter issue varied somewhat from country to country, the trend held across countries polled.

These results seemed surprising to some, particularly given the known animosity of Arab governments toward Iran, even before the release of the Wikileaks documents. But when it comes to public opinion at least, the results should hardly raise an eyebrow, as they are supported by broader evidence in the Arab discourse. Polls aside, one gets a good flavor of the type of Arab public reactions from reader comments on popular web sites. These do not provide scientific evidence in the same way as do polls, but they provide texture.

In the wake of Ahmadinejad’s visit to Lebanon last October, for example, I conducted an analysis of online reader comments on two popular web sites: Aljazeera.net and Alarabiyya.net. The Saudi-funded Alarabiyya and the Qatari-funded Aljazeera have different editorial policies, including on Iran. But the results are telling: The visit generated considerable reaction not only in Lebanon but also elsewhere in the Arab world and beyond. And it seemed to play into all the issues: the Sunni-Shia divide, Iran’s rising influence in the Arab world and its animosity to Israel. Having translated the first twenty-five comments on each site, here is a snapshot of reader feedback :

The enemy of my enemy is my friend. Iran has always stood against Israel and with Arab rights. Ahmadinejad’s visit to Lebanon is a message that says “we are here.”

God bless the Iranian nation and I hope God makes it the most powerful on earth and may America fall.

God be with you Ahmadinejad who is with those in Palestine and fights the Americans and the Zionists.

I don’t like the Shi’a and I am against the visit at this point BUT we should thank Iran for its support of the resistance. So I don’t know which camp I belong to???

If only the Lebanese people would take care of their own problems, they wouldn’t bicker about this inconsequential visit (Saudi Arabia)

Ahmadinejad is a hero like no other! He is the shepherd of the resistance and we thank God for you.

How can those who are against the visit call for the liberation of Palestine?!!! How can you object to his visit when he is championing the Palestinian cause?

In the past week, my team and I also reviewed the first forty reader reactions on each of the same two sites to the stories about what Arab leaders had said in the leaked Wikileaks documents. A quick analysis showed varied reaction, but hostility toward Iran was hardly the most prominent, and very few expressed support for military action against Iran. In fact, the most apparent reader reactions were to see the leaks themselves as a U.S.-Western conspiracy and confirmation of what they already thought they knew about their own governments’ attitudes.

All this should provide a note of caution about the blanket interpretation that a few select quotations from Wiklileaks documents provide evidence that “the Arabs” are anxious to see a military attack on Iran. Some governments are, others aren’t, but their publics are far less worried about the Islamic Republic than they are about Israel and the United States.

*Shibley Telhami is Anwar Sadat Professor for Peace and Development at the University of Maryland and Non-Resident Senior Fellow at the Saban Center of the Brookings Institution.