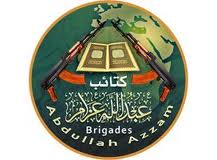 In a letter from the group’s field commander Saleh bin Abdullah al-Qaraawi published on the internet he urged “Sunnis in the Levant to take back their rights by force.”

Qaraawi accused Lebanon’s Shiites of controlling the Lebanese army intelligence which “didn’t defend Sunnis” during the May 7 clashes.

Qaraawi accused Hezbollah of acquiring weapons for use in internal conflicts for “slaughtering Sunnis ,” adding they are using the International Tribunal just as an excuse.

Some leaders are concerned that should the court indict Hezbollah members, it could lead to a Shiite-Sunni strife, others aren’t as worried and see this as a desperate attempt by Hezbollah to intimidate and scare the Lebanese and specially PM Saad Hariri .

Aoun on Tuesday called for a compromise before STL issues its indictment .