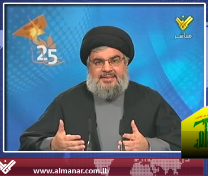 The court has kept silent on possible suspects but several media reports including a May 2008 report by Der Spiegel said the court will indict Hezbollah members based mainly on the analysis of mobile phone calls in the run-up to the assassination.

“The results of this technological domination and infiltration are eavesdropping, getting access to messages, getting subscribers’ data which helps Israel know where the person is and tracking him wherever , ” he said

He added :” Israel can clone any cellular’s SIM card and is thus able to make any phone call or send any message. The data will thus show that a certain person used the cellular phone when in fact an Israeli did. This can be done to your SIM card without your knowledge. The Israelis can [alter data] in a way where it shows that you are in a certain place when you are not…The Israelis can manipulate the time and place [in issues] pertaining to the person who holds [a certain] cellular phone. The most dangerous thing is that the Israeli can [create] a clone line to certain cellular phones.

He continued: ” It has been proven that the Israeli can manipulate data. The telecommunications sector is dominated by Israel, as was revealed by Telecom minister Charbel nahas

If some people do not want to thank the Telecommunications Ministry because they do not like [Nahhas], then it is up to them. This shows that they are kids and [that they are] hateful. There is a great achievement that every citizen should thank [the telecommunications ministry] for.

Nasrallah said he is confident the indictments will be based on such evidence but said it is worthless.