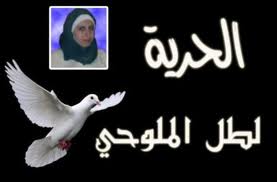 Syrian authorities have been holding a 19-year-old blogger incommunicado for the past nine months, an international human rights group said Monday.

The New York-based Human Rights Watch called for the immediate release of Tal al-Mallohi, who has not been seen since Syrian security agents detained her Dec. 27 after summoning her for questioning.

Authorities have not allowed al-Mallohi’s family to communicate with her since she was picked up by security agents and have not offered any explanation for her detention, the rights group said.

Syrian authorities routinely crack down on political activists, putting them on trial for “weakening national sentiment,” a term usually used to mean engaging in anti-government activities.

Human Rights Watch quoted al-Mallohi’s parents as saying she does not belong to any political group. Some Syrian activists, however, have expressed concern that security services may have detained her over a poem she wrote criticizing certain restrictions on freedom of expression in Syria, according to the group.