Army arrests 2 on suspicion of spying for Israel 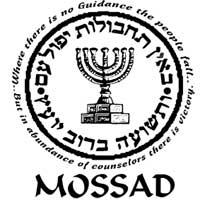 The Lebanese army intelligence has reportedly arrested two young men in the Bekaa valley in Eastern Lebanon to question them over phone calls they had received from numbers used by Israeli intelligence to contact Mossad agents in Lebanon.

Al-Akhbar daily said Tuesday that the army began questioning them to determine whether they were spying for Israel or not.

Meanwhile, the military court postponed to October 11 the trial of several people arrested on suspicion of spying for Israel after one of the defendants and witnesses failed to show up to Monday’s hearing.

The court also postponed to September 20 the trial of Mossad agent Mahmoud Qassem Rafeh who is accused of assassinating Hezbollah official Ali Hussein Saleh in 2003.

Lebanon compiled earlier this month a list of over 150 cases of espionage, intended to be filed as a complaint against Israel to the UN Security Council, Arab media sources have reported.

“The list cites some 150 cases which the law has managed to put its hand on, (including people) of all communities and denominations,” Lebanese Justice Minister Ibrahim Najjar told the London-based Arab daily Al-Hayyat, adding that it included findings that were “hardly believable.”