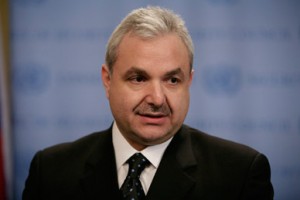 Defense Minister Elias Murr announced Saturday the establishment of a fund and bank account at Lebanon’s Central Bank to support the armament of the Lebanese army. Murr and MP Michel Murr made a LBP 1 billion donation for the fund.

He made the announcement while attending a military maneuver at the army barracks at Roumieh where he also revealed that Cabinet will discuss a draft law on the army’s armament based on a three-year plan.