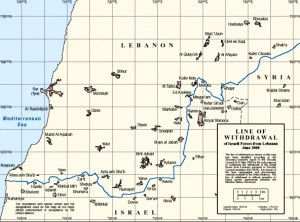 Tenenti added that “the meeting aims to defuse the serious situation between the LAF and IDF following the Tuesday Adaisseh clashes,” which led to the death of two Lebanese soldiers, a Lebanese journalist and a senior Israeli officer.

The UNIFIL official also added: “UNIFIL has been in constant contact with the parties throughout yesterday and today, urging them to exercise maximum restraint and cease firing as well as to fully respect the Blue Line in line with their declared commitment to the implementation of U.N. Security Council resolution 1701 (2006).”

He also said UNIFIL expects the parties will address the issues in a “constructive way” and renew their commitment, as a matter of priority, to the cessation of hostilities as well as fully utilize the liaison and coordination mechanism with UNIFIL with a view to ensuring that incidents of violence are avoided in the future.