Assad may be coming to Lebanon on Friday, report

According to An Nahar sources Syrian President Bashar Assad may be coming to Lebanon on Friday July 30, the same day Saudi King Abdullah will be arriving in Beirut from Damascus .

A report by Hezbollah’s al Manar TV on Monday said Assad is coming on Aug 3 . 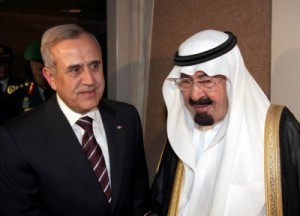 According to An Nahar sources something happened on Monday that made it possible for a summit to take place between the Lebanese , Saudi and Syrian leaders.