Is India’s $35 PC the Future of Computing? 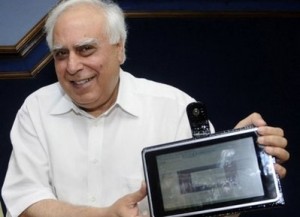 The government of India has unveiled a prototype of a touchscreen, tablet computer which it expects to sell for $35 initially. As more companies migrate server applications and data storage to the cloud, a simple, Web-enabled platform such as this will replace the bloated desktop and laptop hardware architectures in use today.

The Indian prototype is impressive–especially at a $35 price point. The device runs on a variation of Linux. It has no internal storage, but it is capable of storing data on a memory card. It has a built in word processor, video conferencing capabilities, and–most importantly for a cloud-based workforce–a Web browser. Oh–it can also run on solar power.

At $35, the Indian tablet is virtually disposable–far exceeding the $100 laptop developed by the Massachusetts Institute of Technology, and used in the non-profit One Laptop One Child program. In fact, in many ways the $35 tablet also makes the $500 iPad seem significantly over-priced.

India is courting manufacturers to find a partner to mass-produce the cheap tablet PC and hopes that the economy of scale will allow it to push the price down to $10–a tablet PC for the cost of a couple Starbucks drinks. It is intended for use by students or low-income families, and could be rolled out at some educational institutions as early as next year.

Not much has been revealed about the actual hardware specs of the Indian tablet. We don’t yet know what processor it uses, or how much RAM is in the tablet. We don’t know what resolution the display is capable of, or the exact size of the screen–although it appears to be a tad smaller than an iPad in pictures.

The iPad has been a tremendous success–selling over three million of the tablets in only 80 days. Despite its consumer media consumption origins, the iPad has also been embraced by corporations and is widely used as a portable computing platform for business professionals.

Businesses that have adopted the iPad, though, might be very interested in a touchscreen, Web-enabled tablet that can enable mobile workers to access cloud-based applications and data for less than 10 percent of the cost of the iPad.

In a cloud-based infrastructure, the device used to connect to and access information does not need the bells and whistles common on desktops and laptops. The tablet becomes a commodity, consuming less power, and delivering significant cost savings.

What businesses need is a simple, cheap device that uses a secure cloud connection to keep data where it belongs and keep workers up and working without the down time of expensive, failure-prone hardware.

Photo: Indian Human Resource Development Minister Kapil Sibal unveils ‘laptop’ computer in New Delhi on July 22. India has come up with a 35-dollar touch-screen “laptop” — a computing prototype that it aims to make available to students from elementary schools to universities