by Ghassan Karam
679
By Ghassan Karam “Lebanon will not dodge these duties, which must be crystal-clear, and not be subject to any misinterpretation” said Prime Minister Sa’ad Hariri when commenting about the most recent efforts to recognize the civil rights
Share: 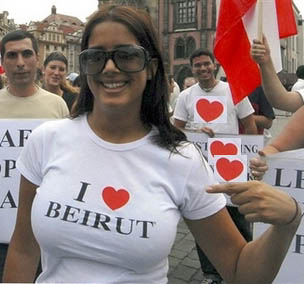 “Lebanon will not dodge these duties, which must be crystal-clear, and not be subject to any misinterpretation” said Prime Minister Sa’ad Hariri when commenting about the most recent efforts to recognize the civil rights of the over 400,000 Palestinians in Lebanon.   Maybe someone should remind the young travelling PM that the Palestinian refugees have been in Lebanon ever 1948 and the Lebanese authorities have yet to recognize their moral and legal obligations. Yes, Mr. PM, it is a shame when government dodges its duties but the fact of the matter is that Lebanon has been dodging its duties for over sixty years and with no end in sight.

Until the Lebanese government starts viewing the Palestinian refugees in Lebanon, both inside and outside the camps, as immigrants that are entitled to all civil rights and to access to work and property ownership then this shameful issue will not be resolved.

It ought to be emphasized again that the Palestinian refugees are entitled to unalienable civil rights guaranteed to them by the creator, UDHR as well as International law. The Lebanese authorities are not being asked to offer access  as much as to recognize the right of access and stop preventing the  Palestinians from getting what is legally and morally theirs. Can you imagine the outcry if say, Canada, Australia and the US are to prevent Lebanese immigrants to these countries from accessing the social services networks, jobs and the right to own property?  Have we forgotten that we need to treat others the way that we expect to be treated?

And please let us not justify our bigotry and discrimination by shedding crocodile tears and by making the totally discredited argument that we mistreat the Palestinian refugees for their own good. The right of return will not be diluted in any way form or fashion even if each of the 400,000 Palestinians is to become a millionaire. The right of return is not related to any developments after 1948.

Foreign ownership of property within the boundaries of the state, any state, has always been the cause of exaggerated fears and anxieties in more than one country. But if such limits are to be applied, and I do not believe that they should, then said limits are to be uniform and none discriminatory. In that case the limits that are applicable to a Saudi Arabian ought to apply also to a Palestinian or even a Marsian for that matter.  One more time, if reason and common sense are to apply then it becomes very clear that the fear of having the ownership of the country in the hands of foreigners is vastly exaggerated. Lebanon already has very tight limits on land ownership by foreigners; any none Lebanese. The total aggregate area of Lebanon that can ever be owned by foreigners is limited to 3% of the country. This represents 312 million square meters. The records show that outside of Beirut only Baabda, Aley and the Metn are already more than 2% owned by foreign entities while the rest of the country is still less than 1%. This implies that foreign ownership could more than triple and yet it will not bump against the current limit on foreign ownership.

A quick back of the envelope calculation regarding the potential effect of Palestinian ownership can be very revealing. If it is assumed that the average size of the Palestinian household is 5 persons; mother, father and 3 children; then the approximate number of Palestinian households is about 80,000. Assume furthermore that ¼ of these households have the financial means to purchase land in Lebanon. If each of these 20,000 households is to buy a lot of land of 800 square meters then the total area involved would amount to only 16 million square meters, which is only 5% of the land allotted to foreign ownership. This 0.0015% of the total area of the country is not an unreasonable proportion of property to be owned by 10 % of the residents is it? Not even if that area is doubled or even tripled.

There are no valid reasons to place any restrictions whatsoever on a group of people who have been living in a country for over sixty years and who in all likelihoods will not be leaving any time soon.