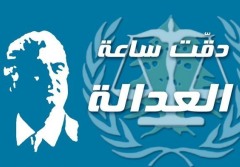 Ya Libnan could not confirm Al Manar’s report and Al Manar did not reveal its sources.

STL has come under attack recently by Hezbollah and its allies in Lebanon.

A report in the As Safir newspaper this morning revealed that the STL will be issuing at least two rounds of the indictments starting from next September and around the end of this year. In the first round Bellemare will reportedly indict three to five members of Hezbollah and in the second round about 20 with various ranks including some key officials.