Analysis: When CNN and BBC wet their pants on ‘truths’

by yalibnan
730
NEUTRALITY is a contentious issue in journalism, but honesty is the real measure.
Share: 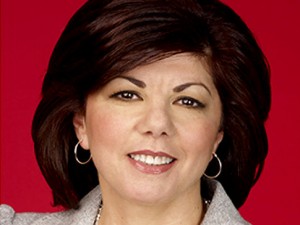 NEUTRALITY is a contentious issue in journalism, but honesty is the real measure. As happens, there can be truths on either side of the wall, but leave your position of safety, and start twittering on the side that’s opposite to the one that holds all truths deemed to be self-evident, and it’s wham, bam,

thank you ma’am, and you’ve lost your job and all.

That ’s what’s happened to Octavia Nasr, a Lebanese Christian and now former editor for Middle Eastern Affairs at CNN. Yes, that’s the CNN that used to tell you that you were in a hotel, and then it became domesticated and served as a window to your everyday world.

On July 4, a Lebanese religious scholar named Seyyed Mohammed Hussein Fadlallah died. He was a controversial religious figure as all Ayatollahs tend to be, well, partly because he was an Ayatollah and therefore had natural links with

Shia Iran, and also because he was the moving spirit behind the most successful resistance to Israel’s occupation of southern Lebanon. Nasr while senior editor for CNN wrote this on her Twitter message, “Sad to hear of the passing of Seyyed Mohammed Hussein Fadlallah… One of Hezbollah’s giants I respect a lot.”

Naturally that caused a flutter in liberal, free-speech America. So she tried to explain this by adding in her blog that as a Middle Eastern woman herself she valued the late Ayatollah’s views against the tribal practice of “honour killing” and she valued his “contrarian and pioneering stand among Shia clerics on woman’s rights”.

In an internal memo, CNN said “we believe that her credibility in her position as senior editor for Middle Eastern affairs has been compromised”.

This CNN that favours integrity and credibility still has on its staff one Wolf Blitzer, a man who once worked for the American Israel Public Affairs Committee (AIPAC), the most powerful pro-Israeli lobby group in America.

Meanwhile, Britain’s ambassador to Lebanon, Frances Guy, also blogged about Seyyed Hussein Fadlallah, saying that he was a “decent man” and that the “world needs more like him”. 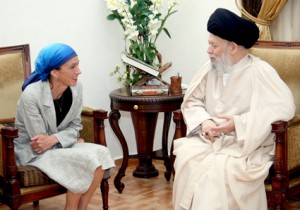 She also had this to add: “When you visited him you could be sure of a real debate, a respectful argument and you knew you would leave his presence feeling a better person. That for me is the real effect of a true man of religion; leaving an impact on everyone he meets, no matter what their faith.”

Needless to say, the blog promptly disappeared from the Foreign Office, and Frances Guy, Britain’s ambassador, was nowhere to be seen on the day of the Grand Ayatollah’s funeral which was also attended by the ambassadors of France and Italy.

The problem here is that all these people were treading into dangerous areas where criticism can quickly be hurled back as anti-Semitism, and where the opponents are all black in their entire blackness, and the other side pure as gold. This is the dilemma that made the BBC wet its pants and refuse to broadcast a fund-raising drive by the Disaster Emergency Committee (DEC) for Gaza last July after Gaza was devastated by, 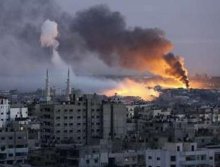 well, let’s say in what I presume to be BBC language for events like this, an unusually large fallout of burning phosphorous from the air.

They also justified their position on that precious bundle, impartiality. But impartiality is a far cry from that honest position that far too many people were injured and needed help, and lost their homes and livelihood from whatever caused that downpour.

This is the difficult position when one side — any side — has the monopoly on truth, and then truth becomes self-evident by the mere use of signals: “democracy”, “fundamentalist”, “madrasa”, “right wing”, “left wing”, “progressive”,“western decadence”, etc. etc. (You must have some

of your favourites to add here).

And oh, another word about our Ayatollah before we go. He was accused of master-minding the tragic massacre of more than 200 American service personnel in a Beirut suicide bombing in 1983, something that he had always denied. Two years later a huge car bomb exploded outside his house in an apparent revenge attack, killing pregnant women and children and injuring about 200 people.

The Washington Post said that this was the work of CIA-trained Lebanese agents, while Bob Edwards, in his book Veil , blamed it on a British mercenary working for the US and a Middle-Eastern government.

So we come back now to the issues of impartiality and honesty. Can anyone be an island that John Donne decried, entire of itself, unmoved and unattached from the happenings in this world? But neutrality is a difficult measure, far better to be truthful even if you’re sympathetic to one stream of the flow.

And then again “truth” can be manipulated, and somehow I keep thinking of Edward Bernays, father of spin and nephew of Freud. He spun many “tr uths” for journalists in his time, and though long dead, is still very much alive today. We don’t have space for him now, but we’ll want to look at him again someday.

NB: Wan A. Hulaimi does not do tiling work.

Read more: WAN A. HULAIMI:
When CNN and BBC wet their pants on ‘truths’ http://www.nst.com.my/nst/articles/WhenCNNandBBCwettheirpantson__8216_truths__8217_/Article/#ixzz0tQYDsjyW