UAE envoy: We cannot live with a nuclear Iran

by yalibnan
789
It is no secret that the Arab countries of the Middle East fear a nuclear Iran as much as any country in the world and perhaps more.
Share: 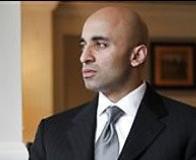 It is no secret that the Arab countries of the Middle East fear a nuclear Iran as much as any country in the west and perhaps more. The surprise is when an Arab official dares to speak this truth in public, which is why the comments this week by United Arab Emirates Ambassador to the U.S. Youssef Al-Otaiba are worth noting.

Mr. Otaiba added that “There are many countries in the region who, if they lack the assurance the U.S. is willing to confront Iran, they will start running for cover towards Iran.” He also expressed skepticism at the idea, fashionable in Washington, that Iran can be deterred or contained if it gets a bomb.

Mr. Otaiba’s other comments during the event leave no doubt what he and most Arab officials think about the prospect of a nuclear Iran. They desperately want someone, to stop it …at any cost.

Al Arabiyah has reported that the Iran-UAE Chamber of Commerce announced Tuesday that Iran reduced its trade ties with the UAE following the latter’s decision to freeze 41 Iranian bank accounts.

Masoud Daneshmand, Head of Iran-UAE Chamber of Commerce, said trade ties with the UAE would be significantly reduced following the Gulf country’s announcement of freezing any accounts belonging to firms listed in the latest U.N. sanctions against Iran.

“The UAE has gone beyond the Security Council resolutions on Iran, so Iran scales down trade ties with the UAE in coming months,” Daneshmand told the Iranian news agency ISNA.

The entities and individuals that own the frozen bank accounts, declared by the UAE Central bank and reported by Emirates Business Journal, are allegedly assisting in the development of Iran’s controversial nuclear program.

“We do not accept the UAE behavior,” Daneshmand added.

Trade volume between UAE and Iran is estimated at $10 billion a year, mostly made up of Iranian imports.

According to observers Iran needs badly the UAE as a trading partner for several reasons, such as:

– Financing: Very few international companies are willing to accept a letter of credit from Iran and if they do they ask for huge sums to confirm them. On the other hand the UAE traders are willing to take the risk of doing business with Iran and end up financing most of the trades.

– Thousands of Iranian companies and businessmen are based in the UAE ( mostly in Dubai) and many of them are involved in the multi-billion-dollar trade deals between the two countries.