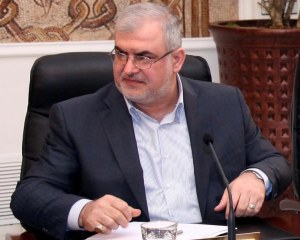 “Hezbollah MP Hajj Mohammed Raad told As Safir daily newspaper that the U.N. troops in Lebanon did not have absolute authorities stressing that the peacekeepers were welcome in Lebanon as part of their mission set by Security Council resolution 1701.

UNIFIL troops are not troops that have absolute authorities or are not mandate forces. They are peacekeepers whose missions and authorities have been set by resolution 1701 in backing the Lebanese army,” Raad said

In a hint that Hezbollah was behind the attack against UNIFIL , he said: The attacks by stones on the peacekeepers in several southern villages earlier in the week should pave way for the alteration of the peacekeepers’ performance within their mission set by 1701.”

According to observers Hezbollah does not want UNIFIL to leave , since this would expose its supporters in south Lebanon to danger. It does, however want to let the Lebanese army and UNIFIL know that it is still in control of the south.