Phalange Party MP Elie Marouni said duuring an interview with Future News on Monday that the bomb explosion in Lebanon’s eastern city of Zahle is “a subversive act.”

Marouni said that the explosion which took place on the eve of Maronite Patriarch Nasrallah Boutros Sfeir’s visit to Zahle was aimed at canceling the visit or to reduce the number of the welcoming crowd.

“Despite political differences, Muslim and Christian factions are immune against attempts to stir up sectarian sentiments,” Marouni added.

One man was killed and two were wounded in the bomb explosion in Zahle’s industrial zone around midnight Saturday. 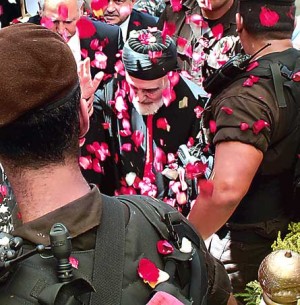