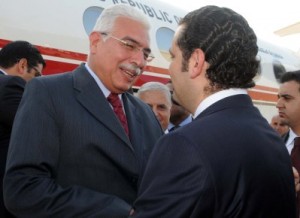 The agreements were signed after closed-door talks between Hariri and Nazif at the Grand Serail .

Hariri and Nazif then headed the seventh session of the Higher Lebanese-Egyptian Joint Committee. The session was attended by a number of Lebanese and Egyptian ministers and officials.

Earlier Thursday, Hariri met his Egyptian counterpart at the Rafik Hariri International Airport in the presence of a number of Lebanese ministers.

On Friday, the Egyptian premier is expected to hold talks with President Michel Suleiman and Speaker Nabih Berri.