Gemayel asks Nasrallah: Do see me as an Israeli agent? 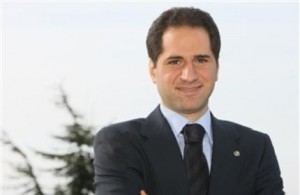 MP Sami Gemayel on Wednesday described Hezbollah chief Sayyed Hassan Nasrallah’s equation “the Resistance, the people and the army” as “unrealistic and untrue,” asking Nasrallah: “Do you deem as Israeli agent any Lebanese who thinks like me?”

Addressing Nasrallah, Gemayel said: “Isn’t it allowed to say that we don’t approve your strategy and that we have a different opinion, and aren’t you ready to consider this opinion? Won’t you accept our calls for dialogue?”

In an interview with MTV, Kataeb Central Committee Coordinator Gemayel wondered in this regard: “Where are the army and the people in all this equation?”

He stressed that not all the Lebanese citizens agree “that a person, group, or political party take the initiative regarding the peace and war decisions on their own, because the Cabinet and Parliament are the only sides eligible to do so.”

“There is a Parliament that represents the Lebanese nation, so why don’t you let it handle the initiative of taking intimidation and escalation decisions.”

Gemayel stressed that the ministerial Policy Statement was passed “under coercion and intimidation, and therefore it is invalid.”

In a speech Tuesday on the occasion of the tenth anniversary of the Resistance and Liberation Day, Nasrallah said: “Anyone who forsakes the equation ‘the people, the army and the Resistance’ wants to intentionally expose Lebanon to Israeli aggression.”