Can Lebanon Avoid a “Greek Tragedy”?

by Ghassan Karam
391
By Ghassan Karam “Those who cannot learn from history are doomed to repeat it” This George Santayana saying is as true as it ever was. How else to explain the current international financial debacle de jour?
Share:

By Ghassan Karam, Special to Yalibnan 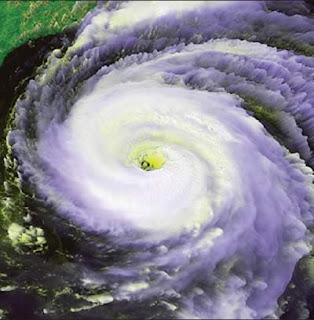 “Those who cannot learn from history are doomed to repeat it”   This George Santayana saying is as true as it ever was. How else to explain the current international financial debacle de jour? It is rather disturbing that after all the handwringing  about the worst financial crisis that the world has encountered in over seventy years and after so many have questioned whether capitalism as a system can survive that we keep on repeating the same mistakes over and over again.  Karl Marx’s’ popular quip about how “History repeats itself first as tragedy then as farce” also seems to be tailor made for these rough economic times had the farcical not been so tragic.

Almost everyone who follows the news knows by now that the 2007-2008 economic meltdown, whose cost was estimated to be around $30 trillion, began in the United States before it spread all over the world. There is also a consensus that irresponsible behavior by financial institutions, their regulators as well as individual actors have contributed to the strength and depth of what could have been a second Great Depression. Greed was the most common word that has been used to describe what led to the economic crisis. Greed of institutions for larger and larger profits, greed by managers for bigger bonuses and the greed by individuals to live beyond their means. The financial wizardry of the new “rocket scientists” on Wall Street made all of this possible and then some. They developed new fancy instruments out of common mortgages and then did the same thing for bank loans. Loans and or mortgages were bundled and sliced then diced into so many tranches and sold separately with different levels of risk to anxious buyers all over the world. No one could have enough; neither the originators of these synthetic derivatives nor the buyers. It looked that the “masters of the universe” have created the magic formula that will transform subprime mortgages into AAA securities.

But in order to securitize mortgages and satisfy the insatiable demand for these securities more homes had to be sold and more potential buyers found. As the number of eligible buyers dwindled, as it must, the standards were loosened until there were no standards at all. Home owners bought homes they cannot afford and as prices of real estate went up many home owners decided to participate in the melee by using their homes as ATM machines. The charade went on until the market started to run dry of buyers and home prices cracked. As the prices fell millions of these subprime loan holders defaulted since they can not meet the monthly obligations neither could they sell. Many of those that took out second and third mortgages also found their holdings under water also. What started as a problem in one sector spread like wild fire all throughout the financial system since all players were interdependent and equally greedy to “dance while the music was playing.”

The crisis of two years ago made it apparent that both individuals and institutions had to deleverage their balance sheets which many have done. Regulators are still struggling with a solution to the “Too Big To Fail” but are making some progress in that regard. Unfortunately the lessons of the misbehavior , excessive risk and too much leverage were applied only selectively.

It turns out that the greed of governments was the most serious flaw in this system of international finance. Governments found a way to appease their populations through deficit finance. They offered benefits that they cannot afford and undertook expenditures on projects that are neither viable nor feasible. Actually these governments have mishandled so much of the borrowings that they had to find ways to keep the level of indebtedness off the books. Elected officials in many countries acted as if they have found the secret for wealth creation. Borrow the country into prosperity. For a while the scheme worked, just like subprime and the housing bubble did. But at some point the truth about the ability to repay the billions borrowed and squandered becomes known and the whole cycle of financial collapse gets started again.

That is what is becoming known as the Greek Tragedy or the Olympian Tsunami. Would the Greek Tragedy be confined to Greek soil? Don’t bet on it . The Greek Tragedy is about to become a contagion and there is no reason for Lebanon to be spared. The Lebanese sovereign debt is 146% of the GDP,debt service is over 40% of the government budget ,wealthy Lebanese do not pay their fair share of taxes and corruption is endemic.