Mitri: The cabinet rejected the resignation of Shehade 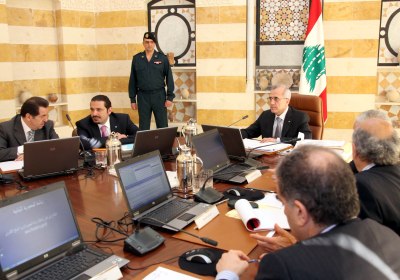 The cabinet rejected the resignation of The Telecommunications Regulatory Authority chairman and CEO, Dr. Kamal Shehade, who submitted his resignation last month.

The president and the Prime minister condemned the Ketermaya incident and called for proper measures against the people who participated in Mohammed Salim Mosallam ’s murder.

The president briefed the cabinet about his trip to Brazil . Called for serious follow-up on the complaints and suggestions of the Lebanese-Brazilians and for strengthening the relations with them