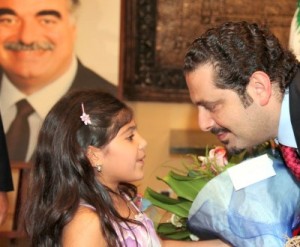 Lebanese prime minister Saad Hariri announced the electoral list for the Municipality election in Beirut . He called it : “Beirut Unity”

In the announcement he said: The people of Beirut will vote for the “Beirut Unity” list to show loyalty to Lebanon’s former Prime Minister Rafik Hariri and his principles.

According to the report, the Tashnaq party nominated 2 of its members as its representatives who will be part of the Future Movement-backed “Beirut Unity” list.

FPM leader MP Michel Aoun decided to boycott the municipal elections in Beirut and asked his supporters to participate only in the ” Makhateer” elections according to NBN.