Baroud: We are ready for the Municipal elections

On the eve of the Municipal elections, Interior Minister Ziad Baroud announced Saturday that logistic and administrative preparations in Mount Lebanon and its surrounding areas have been completed based on the standards that were applied in the 2009 parliamentary election.

Baroud told An Nahar newspaper Saturday: “We are completely prepared at the administrative and security levels,” adding that there is “full cooperation with Defense Minister Elias Murr, the army command, Internal Security Forces, and General Security.”

The flaws that affected the 2009 elections have also been taken into account, he said.

Sunday’s elections will encompass 257 towns out of 313, as 56 municipal councils had been won uncontested, he continued.

“Over 20,000 security members from the army, ISF, and General Security will be overseeing the elections, and patrols will be circulating in all election areas,” said the minister. 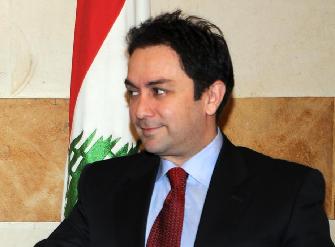 Baroud pointed out that the security preparations have been complete along with an operations room that had been functioning for over a week.

He stressed that the security forces have a “preemptive role” in maintaining the peace “based on a clear order to take control of matters as soon as possible,”.

Baroud urged the Lebanese to exercise the same awareness they displayed in the 2009 parliamentary elections during which they were able to go through the process in a civilized manner.

He said: “No matter how heated the competition gets, it remains within the limits of domestic peace and fraternal bonds that bind the Lebanese.”

“We must think of the day after the elections, congratulate the winners, and carry on the road of democracy, which is the civilized route that reflects the Lebanese’ desire to build a state of institutions and laws,” he concluded.

Heated battles in some areas

Some areas of Mount Lebanon will witness battles based on political and familial factors that may possibly be aimed at changing the Christian political representation in those areas.

Jbeil’s battle has been dubbed that of “the two generals” as it is President Michel Suleiman’s home region and a political stronghold for Free Patriotic Movement leader MP Michel Aoun.

The battle in the Shouf area and Aley are set to draw attention to the alliance between Aoun and Progressive Socialist Party leader MP Walid Jumblatt, as this will be the first time that the latter takes part in an election as an opponent of the March 14 Alliance.

Other areas witnessed alliances between rival Christian blocs from both the opposition and March 14 alliance, such as the FPM and Lebanese Forces.

However, the Shouf electoral scene did witness familial agreements and 14 municipal councils were won uncontested.

The greatest battle in that region is expected in Deir al-Qamar as no political or familial agreement has been reached.

The main political powers present in that area include the National Liberal Party, FPM, Lebanese Forces, PSP, and former minister Naji al-Boustany, and they will be contesting 18 seats.

The Democratic Party denied that the consensus in Aley had broken down: “We agreed with the PSP over 18 candidates to maintain the balance.”

There were rumors that the Democratic Party withdrew from the consensus agreement that had been previously reached with PSP.

Consensus is expected to reign in Bchamoun, Choueifat, and Aitat, while Aramoun will witness a battle between two electoral lists.

The town of Kfarmatta will be taking part in the municipal elections for the first time since 1964, and the municipal council seats will be contested by two lists, one from the PSP, and the other by the Lebanese Democratic Party and the Syrian Social National Party.

Meanwhile, municipal council seats of Baysour, Shanay, and Aghmid have been won uncontested.

The municipal election will be carried out in 4 rounds

May 9 — Beirut and Bekaa region