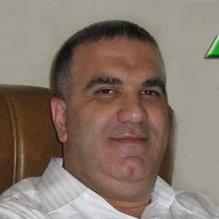 The Phalange Party issued a statement in which it revealed that two bombs were found in front of Phalange MP and former minister Elie Marouni’s residence in Zahle on Tuesday morning.

“One bomb was found at the main entrance of his house, and the second one was placed on his car’s windshield,” the statement said.

It added that the Lebanese authorities rushed to the scene and contacted the bomb squad to defuse the bombs.

The statement also said that “[today] marks the second commemoration of the murder of Nasri Marouni – the MP’s brother,” who was shot dead in Zahle in 2008.

Marouni known as a strong opponent of Syria told reporters on Tuesday after the authorities defused the two bombs that the explosives were simply placed for intimidation as well as for preventing him from following up on his brother’s murder.

“[The bombs] were also placed to stop me from participating in the [upcoming] municipal elections in Zahle,” Marouni said.

He called on Interior Minister Ziad Baroud and the relevant Lebanese authorities to enhance security measures near his residence and to set up a checkpoint there.

Zahle in our heart bloc MPs will hold a press conference in the upcoming hours to address the issue.