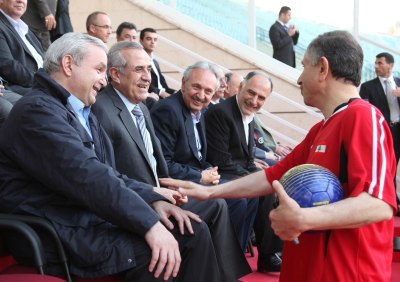 President Michel Suleiman congratulates Minister of youth and sports Ali Abdullah following the football ( soccer game ) at Camille Chamoun Stadium between the rival politicians , to mark the 35th anniversary of the civil war .

The days of the war will not return, Hariri told the press prior to the match.

People from all over the country are participating in the match, said Hariri, calling on all Lebanese to unite. 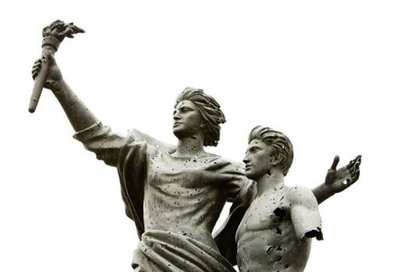 The shrapnel-riddled Martyrs’ Statue is pictured in the Lebanese capital Beirut. The statue witnessed the start of Lebanon’s 1975-1990 civil war before being dismantled and hidden until the conflict ended. It was later returned to its original place with the marks of war deliberately left on. Lebanon commemorates the 35th anniversary of the start of the civil war on April 13.