by yalibnan
527
As post-election horse-trading looms, we might look to Lebanon to understand the potential direction for politics in the new Iraq
Share: 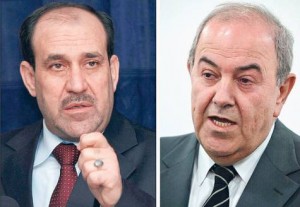 As post-election horse-trading looms, we might look to Lebanon to understand the potential direction for politics in the new Iraq

Following the Iraqi elections earlier last month, the British foreign secretary David Miliband announced that “the Iraqi people, voting in their millions, have made clear they want an effective, accountable and inclusive government”.

Yet initial analysis of the elections has been confined to the over-simplistic dichotomy of failure or success.However, there is another direction that Iraqi politics might take – and for that we should be looking at Beirut in order to understand Baghdad.

Lebanon is an example of institutionalised sectarian power sharing, where the current government of “national unity” includes both pro-Syria Hezbollah ministers and anti-Syrian March 14 ministers.

Putting all parties under one tent is a laborious process. Following the Iraqi national elections in December 2005 it took 156 days for a government to be formed, and roughly the same amount of time following last year’s Lebanese elections.

In Lebanon, the elections led to a political merry-go-round where the various key players engaged in endless rounds of meetings between themselves and their respective external patrons. For Lebanon, major questions concerned the balance of power in the country and in particular the assignments of seats within the cabinet itself.

In Iraq, despite the constitution denying a sectarian quota system or identity-based institutionalised access to power, Nadim Shehadi of Chatham House is clear that “Iraq is sharing the Lebanese model: power sharing with a local flavour”.

To speak of Lebanon as a “model” is not to say that this is a positive idea or even a matter of choice. Examining this model is also not a matter of exact political science that seeks a one-size-fits-all framework to force on to Iraq. Instead, the history and the dynamics of Lebanon’s political system should act as a touchstone to understanding the fledging body-politic emerging in Iraq.

Both Lebanon and Iraq are weak states that have experienced the collapse of central institutions and have a history of internal conflict and the prominent involvement of external powers.

Syria and Iran in particular are old hands at operating within Lebanon, a country regularly referred to as “a house of many mansions”, or “paradise divided”. In Iraq, Syria has used its hosting of the largest expatriate Iraqi community (including former regime elements and tribal connections) to ensure that it has a continued role influencing events. Iran, meanwhile, has had a direct hand in the formation of many of the previously exiled groups that now make up the government.

There are numerous complex connections between the Iran and sub-state groups in Iraq. While the Mahdi army has attempted a welfare-and-guns approach to controlling Sadr city similar to that of Hezbollah in the south of Beirut, the Supreme Islamic Council of Iraq (SICI) has looked to go further and create a semi-autonomous super-region incorporating all nine provinces of the oil-rich south.

Iraq’s largest non-state militia is the Kurdish Peshmerga, which – unlike Hezbollah – has been haphazardly incorporated into the Iraqi security forces. Yet a recent Rand report provided a reminder that the Peshmerga are “a capable army by regional standards, and their heavy equipment holdings could grow”.

The most important comparison with Lebanon, though, is the inability of politicians to deliver. The massive investment in top-heavy institutions of democracy in Iraq, which are connected to a federated and weak state system, has created instant political elites whose original ties and lineage may be tracked back through sectarian/ethnic ties, but whose real interests increasingly lie in their manoeuvrings in the murky waters of court politics.

In a country where 90% of government income is from oil, this has led to the “new Iraq” quickly establishing itself on the bottom rungs of Transparency International’s corruption index. The emergence of the Kurdish Goran (“change”) movement and the decrease in voter turnout from 76% in 2005 to 62% today are just two symptoms of the increasing dissatisfaction with the mainstream parties.

The International Crisis Group’s Iraq expert, Joost Hiltermann, has demonstrated how despite huge levels of politicisation around the issue of Kirkurk, where every election “turns into a census and quasi-referendum rolled into one”, Iraq’s politicians have been unable to make a dent into providing significant services for the city. Hiltermann goes on to remind people that in Kirkuk “there are urgent needs for the creation of modern infrastructure, including schools, hospitals, roads, power plants and a service-based economic system”.

The key question is therefore how suitable such a political structure is for dealing with the massive issues faced by Iraq today. The huge variety of horse-trading in upcoming coalition building may leave little practical possibility for consistency in a future government, meaning that dealing effectively with issues such as the oil law, national reconciliation and federal powers could be virtually impossible.