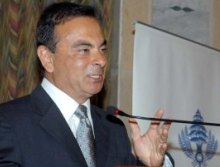 Carlos Ghosn , the most famous automotive leader in the world arrived Friday evening  in Beirut aboard a private jet from Paris.

Ghosn’s visit coincides with the visit of another world famous Carlos … Carlos Slim Helu , who was named by Forbes magazine last Wednesday as the richest man in the world.

While Ghosn is a frequent visitor to Lebanon, Helu rarely comes here. … This is reportedly his only visit since 1964.

President Michel Suleiman hosted a dinner on Friday at the Baabda presidential palace in honor of Helu. Several leaders were invited , including former president Amin Gemayel.

Helu met earlier today the top 3 Lebanese  leaders…. the president, prime Minister and the Speaker and all of them honored  him with medals. 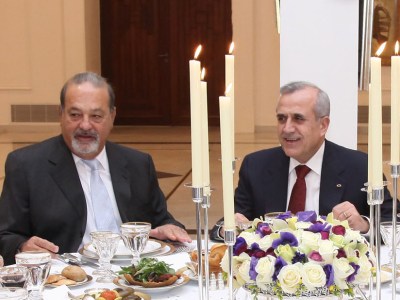 According to BusinessWeek, Renault-Nissan’s CEO Carlos Ghosn declared recently that his company already has some 56,000 orders placed for the Leaf in the United States. The Leaf is an all-electric small car that is going on sale towards the end of this year, however real mass production only starts in 2012.

Frankly, I mean so far there is no competition. Let’s be serious. It’s not because someone is coming with a prototype and one car that this is competition. The question is how much capacity are you building, said Ghosn. 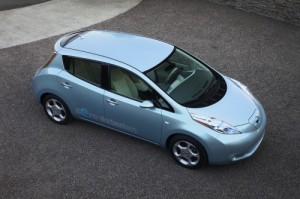 By 2012 Nissan-Renault management plans to have some 500,000 electronic vehicles up and running in Japan, Europe and the United States. Reservations have been quite good for the little Leaf ( pictured right)  from the get-go, however this number still sounds a bit too good to be true-ish. Still, let’s not get pessimistic here: if numbers posted by Nissan are true than we can only rejoice, it is a highly Planet-friendly car after-all  and it may just start a trend.