Hariri hopeful that his father’s killers will be identified 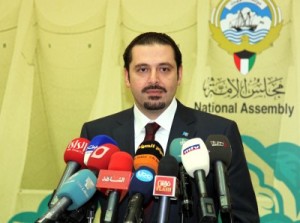 Lebanese Prime Minister Saad Hariri told reporters on a visit to Kuwait on Sunday that the report by the Special Tribunal for Lebanon gave hope the killers will be identified.

“The report gives us hope,” Hariri said “The report is an indication to the credibility of the tribunal. “The report shows the tribunal needs more time to reach the truth, and the Lebanese government and people should be patient and wait,” he added.

UN officials investigating the murder of Lebanon’s former PM Rafik Hariri said Saturday they were getting closer to identifying the suicide bomber who carried out the attack.

Antonio Cassese, head of the UN-backed Special Tribunal for Lebanon, said the probe had carried out more than 280 interviews since it began work in March last year.

The tribunal’s first annual report, published on Saturday, said the prosecutor had “made significant progress towards building a case which will bring perpetrators (of the attack) to justice.”

Prosecutors were “getting closer to identifying the suspected suicide bomber by narrowing down the individual?s geographic origin and partially reconstructing the individual?s face”, the report said.

The Hague-based tribunal was set up by a UN Security Council resolution in 2007 to try suspects in the murder of Hariri, killed in a massive bomb blast on the Beirut seafront in February 2005.

The bombing was widely blamed on Syria although Damascus has denied any involvement. A UN commission of inquiry said it had found evidence to implicate Syrian and Lebanese intelligence services but there are no suspects in custody.