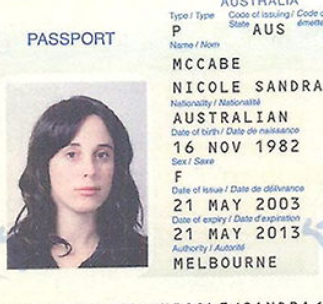 Israel continues to come under fire at home and abroad as more details have emerged linking the identities of binational Israelis to the assassination of Hamas operative Mahmoud Mabhouh in Dubai last month. The suspected 26-person hit team now includes three individuals using allegedly fake Australian passports, sparking outrage among Australians, whose international standing allows them to travel freely to many countries — even Iran — that are hostile to other Westerners.

“We will not be silent on this matter,” Australian Prime Minister Kevin Rudd told local news media. “Any state that has been complicit in use or abuse of the Australian passport system, let alone for the conduct of an assassination, is treating Australia with contempt, and there will therefore be action by the Australian government in response.”

The Israeli ambassador to Australia was promptly summoned and reportedly warned that the Australian government expects Israel’s full cooperation in the investigation.

“I made it crystal clear to the [Israeli ambassador] that if the results of that investigation cause us to come to the conclusion that the abuse of Australian passports was in any way sponsored or condoned by Israeli officials, then Australia would not regard that as the act of a friend,” Foreign Minister Stephen Smith was quoted saying by The Australian newspaper.

The parents of two of the three Australians whose names appear on the passports say their children are the victims are identity theft.

Nicole Sandra McCabe, Joshua Daniel Bruce and Adam Korman, whose names were linked to the passports, all reside in Israel.

The Australian also interviewed a Palestinian representative to Australia who claims the government ignored his warnings in 2004 that the Mossad, Israel’s spy agency, was trying to obtain Australian passports. That same year, New Zealand police arrested two suspected Mossad agents after a botched attempt to obtain a passport using the personal information of an individual who was wheelchair-bound with cerebral palsy. New Zealand severed high-level diplomatic ties with the Israeli government until it apologized a year later.