Following his meeting With Hariri he said : We discussed the bilateral relations between our two countries and ways to strengthen and deepen these relations. He added: “I have invited Prime Minister Hariri, on behalf of Prime Minister Jan Fischer, to visit Prague and he has accepted the invitation. 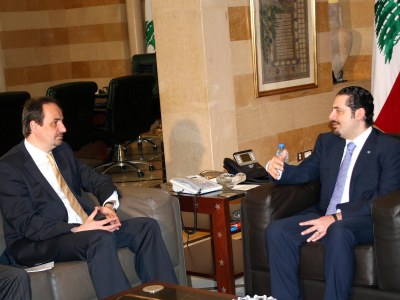