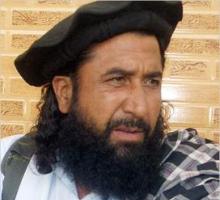 The New York Times nailed down the news about the capture of the Taliban’s No. 2 commander in Afghanistan last week but held off publishing the information at the request of a key player in the article — the Obama administration.

The cooperation with the White House added another layer of intrigue to the Times’ exclusive report about the arrest of Mullah Abdul Ghani Baradar by Pakistani and U.S. intelligence forces. The newspaper broke the news on its Web site on Monday night, at least three days after its reporters learned about the action. AP