A senior French politician urged Israel to exercise “great restraint” during a visit to Beirut on Wednesday, amid a war of words between the Jewish state and Lebanon’s Shiite movement Hezbollah.

“The French parliament today calls on Israel to exercise great restraint, and we mean it,” said Gerard Larcher, head of the French senate, or upper house of parliament.

“French parliamentarians of all political affiliations await … the end of all escalating threats in the region, especially as concerns Lebanon,” Larcher told a news conference.

Larcher was ending a four-day official visit to Lebanon during which he held talks with top leaders and a Hezbollah delegation.AFP 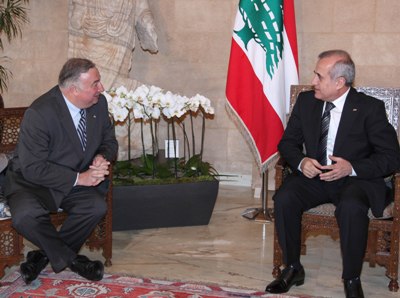