Hariri: Lebanon on the path to economic & social reform, stability and modernity

During a speech at a dinner   at the grand Serail in honor  of   visiting French Senate President Gérard Larcher , Lebanon’s PM Saad Hariri said:“Lebanon is engaged on the path to economic and social reform, stability and modernity,” pointing out that “the Lebanese national unity government, which includes all the political parties of Lebanon, is determined to work for a more prosperous and stable Lebanon .”Larcher responded by reiterating French support for a unified, free, independent and sovereign Lebanon. 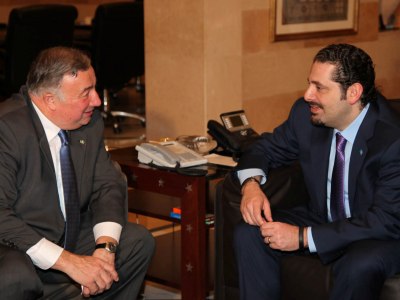