Burns coming to Lebanon on Feb.16 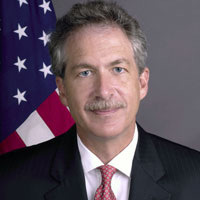 U.S. Under Secretary of State for Political Affairs Bill Burns will travel to Lebanon, Syria, Turkey, and Azerbaijan from February 16-19, the US state department has reported

In Lebanon, on February 16, he will meet with President Suleiman, Prime Minister Hariri, and other Lebanese leaders. During his visit to Lebanon he is expected to confirm United States’ continued support for a sovereign and independent Lebanon.

On February 17 he is expected to head to to Syria to meet with President Bashar Assad and Foreign Minister Walid Mouallem.