March 14 Has Not Stepped Up To The Plate.

by Ghassan Karam
901
By Ghassan Karam One of the most common definitions of a state is the one given by the great sociologist Max Weber: “it is that organization that has monopoly on the legitimate use of physical force within a given territory".
Share:

By Ghassan Karam,  Special to Ya Libnan 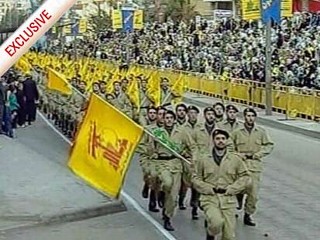 One of the most common definitions of a state is the one given by the great sociologist Max Weber:  “it is that organization that has monopoly on the legitimate use of physical force within a given territory”. Obviously not all states in the world meet the simple conditions set in that functional definition. A sovereign state is obviously the one that combines the de facto and the de jure aspects of that definition by exercising total control over its territory. Unfortunately there are some “quasi” states in the world where the governmental institutions pretend to have power when in effect they do not. Unfortunately there are many such cases in the world of government setups similar to those in Afghanistan where the official government enjoys international recognition but is not capable of either promoting its policies or even of governing its territory. The Taliban’s present such a formidable threat to the government in all aspects that they might as well be viewed as the real power in the land

Lebanon is even in a worse shape. Hezbollah is the real power behind the thrown. Not much, if anything, can be accomplished in Lebanon if Hezbollah’s’ approval is not forthcoming, not even the privatization of the cellular telephone network that is falling behind the technological developments in the world and in the region as we speak. Nothing gets done in Lebanon if Hezbollah does not permit it. But the power of Hezbollah on the Lebanese scene goes far beyond that of the Taliban in Afghanistan.  In Lebanon Hezbollah is part of the official cabinet that it openly opposes.

Most would agree to describe the official Afghanistan government of Mr. Karzai as a de jure state while that of the Taliban as a defacto one. But in Lebanon it is worst than this. Hezbollah and its allies are the defacto government and they are the ones that practically dictate all what passes as a dejure government

The official Prime Minister, Sa’ad Hariri,who for some unknown reason thinks of himself as the leader of a dejure government has even admitted a few days ago that if the Israel-Hezbollah conflict is to manifest itself in a war then the Lebanese government will be on the side of Hezbollah and Iran.

Yes you heard it right. The Lebanese Prime Minister who has already acquiesced, maybe under duress, to a governmental power sharing  with the political group behind the illegal militia that spearheaded savage attacks on peaceful Lebanese has declared that the Lebanese government will come to the rescue of Hezbollah if the later comes under attack or even if it initiates them. In effect Hezbollah has been transformed from a power behind the scenes into one that is hegemonic. Sa’ad Hariri has abdicated all his responsibilities as a Prime Minister of a sovereign state and is acting like a helpless agent bent on executing orders imminating abroad.

And if such an inglorious shameful record is not enough Sa’ad Hariri went even further. He mobilized  all of  the power at his disposal to stifle free thought at an academic institution of higher learning that dared use a quote questioning the level of corruption in the Lebanese state when his father was the Prime Minister. Mr. Hariri , the record is very clear, corruption is an endemic affair in both the past and the current Lebanese state and that level of corruption is gnawing at the very fabric of whatever is left of civil society in Lebanon. It is your duty to stop the posturing and to start executing a policy that would revive sovereignty, self respect and independence. To foster a tradition of cult personality and to pretend that the Hezbollah militia is not a threat to whatever is left of a country once called Lebanon is the biggest injustice and travesty that you can bestow on the Lebanese people.