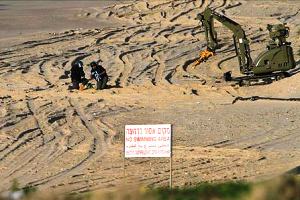 Two barrels filled with explosives washed up on beaches in Israel on Monday, according to Israeli authorities.

Authorities disposed of both without injury.

A large barrel filled with explosives was found on a beach in the Ashkelon area Monday morning. The beach was closed.

A second barrel filled with explosives was discovered later in the day on the shore of the city of Ashdod.

Authorities conducted a controlled explosion on the second barrel. Police were combing the beaches, and nearby areas were closed to the public. Authorities have not discussed a third device. CNN