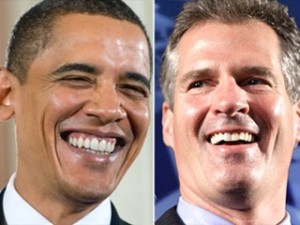 It was bad enough that President Barack Obama lost his filibuster-proof margin in the U.S. Senate to a Republican. Now it turns out he also lost it to a relative.

Genealogists said Friday that the Democratic president and the newly elected senator from Massachusetts, Scott Brown, are 10th cousins.